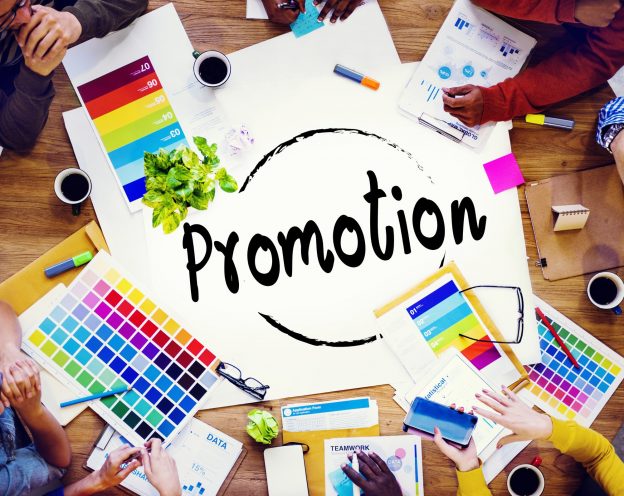 The best promotional business items don’t need to break your bank. What they need to do is break into people’s minds.

Geez, that sounds a little like Inception. And in a way, the best promotional product is like that.

If you haven’t seen the movie, here’s a really rough sum up of its premise — professional thieves break into people’s subconscious minds to steal, or, in the case of the movie, plant information in the mind that feels like a genuine idea.

Marketing products and promotional products do the same, bring the memory of your company back to people’s minds. Hopefully, this happens often enough to the point that the user becomes a customer or recommends your brand, products or services.

So let run through the 5 best promotional product success stories we can think of to give you an idea of what your business promotional item needs are.

The best promotional items combine a number of things to be successful. A few of them are utility or usefulness, perceived quality, precise brand images, and displayability.

Things that are not seen as useful or worth it don’t get used or put in a place that is frequently seen. Either literally or figuratively, these items end up, at worst, in the trash or, at best, in that one drawer of miscellaneous junk that everyone has in their house.

Further, items that are perceived as being expensive or valuable take the item more seriously; sometimes it is seen and treated as a gift if the effect is powerful enough.

For about a decade, Lance Armstrong was the American athlete of the moment. His story was amazing — a cancer survivor that beat the odds and became one of the most accomplished cyclists of all time by winning the Tour de France seven times.

His charitable foundation, the Livestrong Foundation, partnered with Nike to create and sell the iconic yellow debossed bracelets to raise money for the foundation and raise awareness around cancer.

Livestrong and Nike sold as many as 80 million bracelets by one count. But soon after, Lance Armstrong crashed and burned as allegations surfaced that he used drugs to become the best cyclist in the world.

Apart from the personal and brand failure of Armstrong, the Livestrong bracelet is an enduring reminder of the power of promotional material.

We can make you your own custom debossed bracelets. The simplicity and power of the silicone bracelet remain unvarnished and relevant as ever. Click here to see your options.

They hit all the high marks for a promotional item — has perceived utility, very displayable and widely used in public and easy to put clear logos and messaging.

Say what you will about the man, Trump understands the power and importance of branding. The MAGA hat stands for a singular artifact that embodies his brash nature, the head-turning nature of his campaign and presidency and boldness that people use to support his political career.

A Trump campaign reelection rep claimed that the campaign has distributed 1 million hats in exchange for donations.

The Starbucks logo and brand name are among the best-known and most valuable intellectual properties in the world. It is effectively synonymous with coffee and coffee shops.

And for every store (at least American store), there are several people in the area that own a branded Starbucks travel mug or tumbler. This is a great example of how to drive a brand even deeper than its perceived saturation point.

This promotional item is synonymous with sporting events at all levels, especially the American powerhouse sports of baseball, football and basketball.

But the beloved oversized appendage and digit didn’t just spontaneously burst into existence. It was invented by a guy named Steve Chmelar. He first displayed an oversized hand pointing a finger made out of paper-mâché in1971 when he was a student at Ottumwa High School in Ottumwa, Iowa.

If you don’t remember (and be glad you don’t IMO), Chmelar was for a time coupled to a beef with Miley Cyrus. Click here if you need a reminder.

The Terrible Towel is the iconic yellow towel that the National Football League team the Pittsburgh Steelers distributes to fans to display and wave at its home games.

Invented in 1975 by the late sports broadcaster Myron Cope, the yellow terry cloth towel was a simple but brilliant way to engage fans at home games.

It’s hard to tell how many untold millions of Terrible Towels have been produced. But one little known impact of the Terrible Towel is quite quantifiable.

Royalties from sales of the official Terrible Towel have supported the organization — which provides homes and a spectrum of services to people with intellectual and developmental disabilities — to the tune of about $5 million, according to the group’s website.

Let Us Help You Find Your Best Promotional Product

You know your promotion, branding and marketing effort better than anyone. But how do you get that effort out into the world?

Work with us to get one of the most affordable and scalable promotional products on the market in the hands of your potential clients.